The CPU Scheduler, as the name suggests, schedules the CPU.  It schedules the virtual CPUs on the VM (vCPUs) on the physical CPUs on the host (pCPUs). The CPU Scheduler enforces a proportional-share algorithm for CPU usage across all virtual machines and VMkernel processes on the ESXi host. It enables support for symmetric multiprocessing (SMP) VMs.  It also allows for the use of relaxed co-scheduling for SMP VMs.  Read on for more information on these topics!

It all begins with worlds. A world is an ‘execution context’ that is scheduled on a processor, basically it’s like a process that runs on conventional Operating Systems.  On conventional Operating Systems, such as Microsoft Windows installed on physical hardware, like your laptop, the ‘execution context’ corresponds to a process or a thread, on ESXi it corresponds to a world.

The CPU Schedulers role here is to assign execution context (processes/threads) to the actual processors requesting it in a way that ensures the actual processor can remain responsive to requests, to meet the system throughput requirements and hit utilization targets.

A VM is made up of a group of worlds, made up of the following types:

One of the main tasks that the CPU scheduler performs is to choose which world is to be scheduled to a processor.  If a CPU is already occupied that the scheduler wants to use, the schedule decides whether to preempt the current running world and to swap it for the one waiting to be scheduled.

The scheduler can migrate a world from a busy processor to an idle processor.  This migration occurs if the physical CPU has become idle and is ready to receive more worlds or if the another world is ready to be scheduled.

The schedulers job is to:

The CPU scheduler enforces fairness across all CPUs with a proportional-share algorithm.  This will:

As ESXi hosts implements the proportional-share based algorithm, when the CPU resources are overcommitted the ESXi host will time-slice the physical CPUs across all VMs so that each VM runs as if it had been allocated its configured number of virtual processors.  The ESXi hosts role is to associate each world with a share of the total CPU resources on the host.
This association of resources is known as an entitlement.  Entitlements are calculated from user-provided resource specifications like shares, reservations and limits.  When making the scheduling decisions, the ratio of the consumed CPU resources to the entitlement is used as the priority of the world.  If the world has consumed less than its entitlement, the world is considered high priority and will most likely be chosen by the scheduler to run next.

Co-scheduling comes into effect when VMs have multiple CPUs allocated and require Symmetric Multi-Processing or SMP.  Co-scheduling refers to a technique to scheduling these related processes to run on different processors at the same time.
At any time a vCPU might be scheduled, unscheduled, preempted or blocked whilst waiting for some event.
An ESXi hosts supports SMP VMs by enabling the SMP VM to present that they are running on a dedicated physical multiprocessor to the guest OS and applications.
Without this support for SMP VMs the vCPUs would be scheduled independently, which would break the guests assumptions regarding uniformed progress across all SMP vCPUs.  This can lead to a situation where the vCPUs are skewed.  Skewing means that one of the SMP vCPUs or more is running at a different speed to the others as its been scheduled whilst the others have queued.  If the difference in the execution rates between the sibling vCPUs exceed a threshold the vCPU is considered skewed.
The progress is tracked between the vCPUs in the SMP vCPU by the CPU scheduler.  A CPU is considered to be making progress if it is consuming the CPU in the guest level or if the CPU halts as it has finished its task.
Note: the time spent in the hypervisor is excluded from this progress track.  This means that hypervisor execution might not be co-scheduled, that’s because not all operations in the hypervisor benefit from being co-scheduled.  However when co-scheduling is beneficial, the hypervisor makes explicit co-scheduling requests to achieve good performance.

Any vCPUs that have advanced too much are individually stopped to reduce the gap and allow the lagging vCPUs to catch up, then the stopped vCPUs can be started individually.  Co-scheduling of all vCPUs is still attempted to maximize the performance benefit within the guest OS.

Note: An idle CPU has no co-scheduling overhead because the idle vCPU does not accumulate skew, as such it is treated as if it was running for co-scheduling purposes.

The CPU Scheduler understands the physical processor layout, it’s number of sockets, cores and logical processors, It’s aware of the cache location of these processors which improves caching behavior such as maximizing cache utilization and improving cache affinity.

Cores in the same processor socket usually have a shared cache, also known as the last-level cache which acts as a memory cache between the cores on the socket and bypassing the memory bus.  This leads to massive improvements in performance as the CPU last-level cache is significantly faster than the “still pretty fast” memory bus.

The scheduler spreads the load across all sockets to maximize the aggregate amount of cache available to improve performance.  This is useful for SMP VMs to spread their load across the same socket and maximise the use of the cache.

Note: If you want to ensure that the SMP VMs will always use this behaviour you can set this setting in the VMX configuration file.
sched.cpu.vsmpConsolidate="TRUE"

Each processor chip on a NUMA host has local memory directly connected by one of more local memory controllers.  Processes running on a CPU can access this local memory much faster than trying to access memory on a remote CPU in the same physical server.

Poor NUMA locality can occur if a high percentage of a VMs memory is not local.
ESXi has NUMA awareness and using a NUMA scheduler, can restrict vCPUs to a single socket to use the cache.  If required this can be overwritten using advanced configuration settings.
The CPU scheduler will try and keep a VMs vCPUs on the same NUMA home node to improve performance, however in some instances this might not be possible.  For example:

In these situations NUMA optimisation is not used and can mean that the VMs memory is run on remote memory and not migrated to be local to the processor on which the vCPU is running.

In this situation you can get around this by splitting the number of sockets of the VM for example with a VM with 2 vCPUs if you configure it with 2 sockets with 1 core per socket it will then split the virtual sockets out and span two vNUMA boundaries.

You can work out roughly if the memory size exceeds the NUMA size by dividing the memory configured by the number of sockets.  Although there are maximums supported on hosts so it’s worth double-checking in the server hardware configuration.

Note: Since vSphere 6.5, NUMA calculations don’t include memory size, it’s only concerned with compute dimensions and so you may find you workloads span multiple NUMA nodes.  You can ensure that your workloads remain in the appropriate NUMA node by sizing your VMs core-to-socket ratio to reflect the pNUMA configuration of the CPUs.

Check with the hardware vendor to be sure about physical NUMA boundaries.  The rough guide of memory divided by cores is typical but is not always the case.  Once you have them you can calculate the best core/socket ratio.

The ESXi host is under moderate to high CPU loads

If a home node is overloaded the scheduler may move workloads to different, less utilized nodes which leads to poor NUMA locality.  Typically this doesn’t lead to poor performance as NUMA will eventually migrate the VM back to it’s home node but frequent rebalancing can be a sign the host is CPU saturated.

If you have a NUMA sensitive workload like SQL, disable Hot Add as you want that VM to be aware of NUMA boundaries that only get shown when vNUMA is enabled.
vNUMA only comes into effect with VMs > 8 cores or those larger than the physical NUMA boundary.  It was a feature added to ensure VMs were able to respect physical NUMA boundaries whilst still taking advantage of hypervisor features like DRS, vMotion.
Any VM smaller than 8 cores with Hot Add enabled will not disable vNUMA settings so if starting really small then scaling up you could leave this enabled until you get close to 8 cores.  (Best bet is to right size it in the first place. :-) )
Any VM within the limits of the physical NUMA boundary won’t be affected by Hot Add.

esxtop provides a wealth of information and is very useful for investigating vCPU performance. 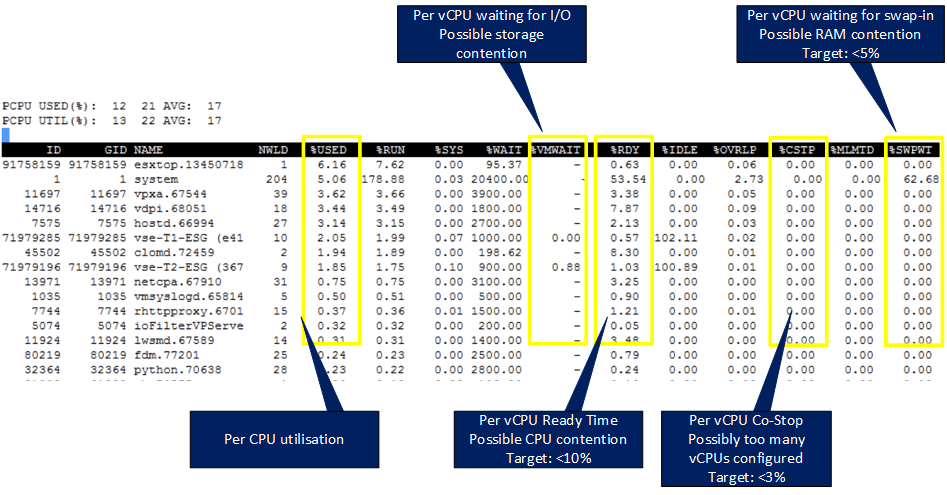 You can convert the %USED, %RDY and %WAIT values to real-time values by multiplying the value by the sample time.
e - Expanded view.  Type in the GID to view expanded information
s - refresh delay in seconds, default 5 seconds

High usage values alone do not always indicate poor CPU performance, after all one of the main goals of virtualisation is to efficiently utilise available resources.  It’s important to view it together with other metrics for example detecting high CPU utilisation isn’t an issue on it’s own, generally speaking, however high CPU and queuing may be a sign of a performance problem.

To clarify this point let’s use an analogy. Imaging you have a motorway with multiple lanes where the traffic is flowing freely.  In this example you have high utilisation and good performance. 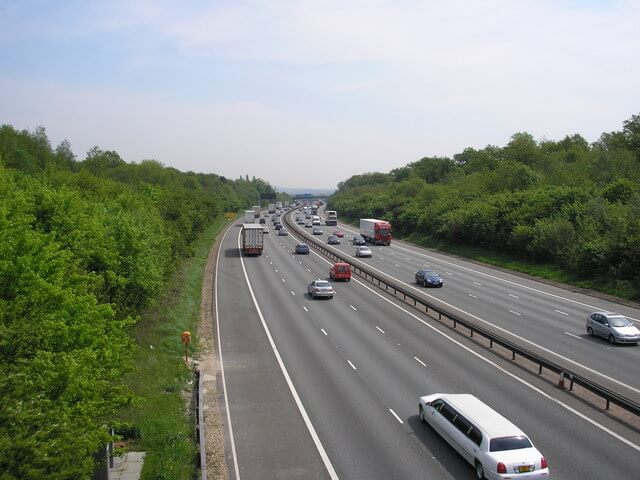 Now image you have the same motorway with lots of gridlocked traffic.  A typical M25 during rush hour.  Now we have high utilisation with queuing and a performance problem. 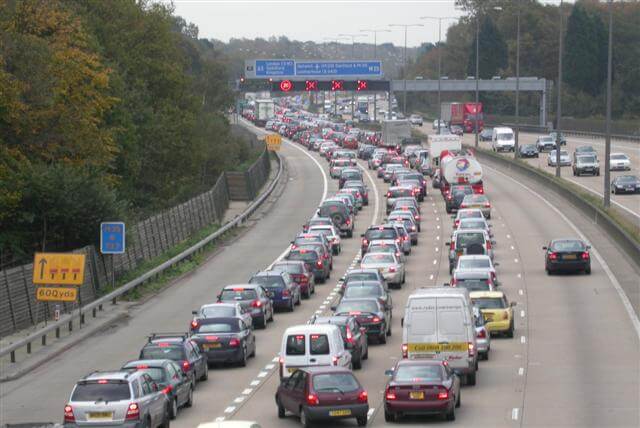 Ready time is the amount of time that the vCPU was ready to run but was asked to wait by the scheduler to wait due to an overcommitted physical CPU.  It occurs when the CPU resources being requested by VMs exceed what can be scheduled by the physical CPUs.
Ready time remains the best indicator of potential CPU performance problems.  Ready time reflects the idea of queuing in the CPU scheduler.
In esxtop, Ready Time is reported as %RDY.  This value represents the time the CPU spent waiting during the last sample period as a percentage.

Ready Time equal to or less than 5% is normal and has minimal effects on users.
Ready Time between 5-10% is worth investigating. Ready Time greater than 10% usually means action is required to address the performance problems, even if there is no effect on users and systems continue to function normally.
High Ready Time (%RDY) and high utilisation (%USED) is usually a good sign of over commitment.

A few examples of ways to resolve the performance issues.

When troubleshooting Guest CPU saturation it is important to have an understanding of the virtual machine CPU baseline performance.  As a rough guide if the Guest CPU usage is high, greater than 75% (seen in top or Task Manager) with high peaks, 90% then you probably have a CPU saturation issue. 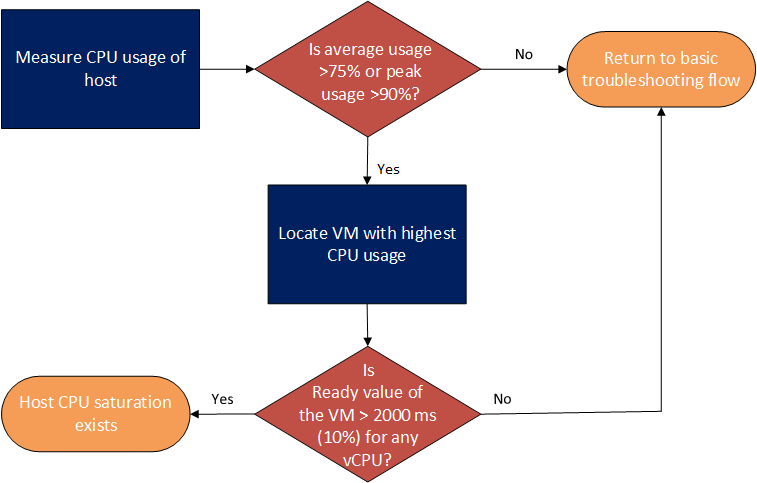 With SMP VMs there could be performance problems related to the OS not utilising all the vCPUs assigned to it.  This can happen in a few scenarios, such as when the: