Auto Deploy is a useful capability of vSphere that prevents administrators having to manually install and configure tens or hundreds of ESXi hosts.  It enables ESXi to boot, and if required, run in memory instead of having to go out and purchase hundreds of local hard disks or USB/SD cards for each server.  You can still purchase these disks if you like to enable you to take advantage of additional capabilities of Auto Deployed hosts which I will cover below.

With Stateless, no local storage is used, the host configuration is abstracted into a Host Profile and applied when the host connects to the appropriate vCenter/Cluster.

By default, ESXi connects to vCenter with a standard switch, if the host profile specifies a dvSwitch, vCenter joins the dvSwitch.

Stateless caching saves the image and configuration to a local disk, but the host continues to book stateless.  When the host profile is applied to ESXi, the image running in memory is then copied to the boot device.  This acts as a backup if the PXE infrastructure or Auto Deploy server become unavailable.  When the host boots, if the network boot fails it will time out and the host boots with the cached image on the disk.  Stateless caching can be configured to overwrite or preserve existing VMFS datastores.

This definitely has it’s advantages as there is not such a strict dependence on DHCP, TFTP and Auto Deploy server.  The downside is that the image might not be current if a setting has changed since it was last saved to the cache disk or if vCenter Server is available after booting it will not just take over the image without a further reboot.

There is a requirement on assigning a dedicated boot device to ESXi, pre-installation.

Unfortunately this has some disadvantages.

Locations of configuration and state information

Executable software to run on ESXi.  This makes up part of the image profile which can be created and customized with either vSphere Web Client or vSphere ESXi Image Builder CLI.

Settings that apply while ESXi host is up and running, the state also includes the location of VMs in the inventory and VM auto start information.  This is all managed by vCenter Server.

Information found in log files and core dumps.  This information can be managed by vCenter Server, using add-in components like vSphere Dump Collector and Syslog Collector. 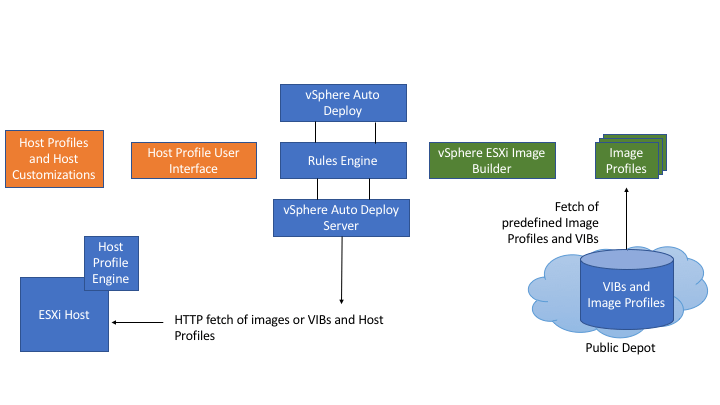 Tells Auto Deploy server which image and which Host Profile to serve to which host.

Use the Web Client to define the rules that assign image profiles and Host Profiles to hosts.

Define the set of VIBs with which to boot ESXi hosts.

Standard host profiles that specify ESXi host configuration.  Use a template host that profile for other hosts.

Stores host-specific information.  A host customization must be create for each host.

Rules can assign image profiles and host profiles to a set of hosts or specify the inventory location (folder or cluster) of a host on the vCenter Server system.

Deployment rules can identify target hosts by boot MAC address, SMBIOS asset tag, BIOS UUID, Vendor, Model or by a fixed DHCP address.  Typically, rules apply to multiple hosts.  You use vSphere Web Client to create rules.  After creating a rule you assign a rule set.  Once the rule is in the rule set it cannot be edited.

Rule sets are made up of Active Rule Set and Working Rule Set.

Used during deployment.  When a newly started host contacts Auto Deploy with a request for an image, the server checks the active rule set for matching rules.  The Image Profile, Host Profile and vCenter Server inventory location that are mapped by matching rules are then used to boot the host.  If there is more than one item that is mapped by rules, the Auto Deploy server uses the item that is first in the rule set.

This is used to test changes to rules before making them active.

Provides ESXi a gPXE file  to boot the host.

Unlike the first boot, on the second boot the Auto Deploy server uses the saved information rather than checking the active rule set for the appropriate rules to apply as the host has already been configured by the rules engine during initial boot.  This has the advantage of making this second (and subsequent) boot quicker as the image has already been determined.  The Image Profile isn’t queried this second time as the information is already in the Auto Deploy rules engine.

You can run scripts or script bundles written in Python or BusyBox cmdlet.
Scripts run in alphabetical order after initial boot before any additional tasks are performed.
Scripts are in .tgz format.
Must be under 10MB.

Booting multiple stateless hosts can place significant load on vCenter.
To bypass this you can deploy proxy servers.
In situations where vCenter cannot supply the image to the booting host, then the proxy server is used.
Use the Auto Deploy PowerCLI cmdlet Add-ProxyServer to add a cache proxy server.

There are situations where the auto deploy server is unavailable or the PXE environment.  To minimize the impact of these situations, you can specify to save a stateless caching copy to a local disk on the host.   A local copy of the boot image is saved to USB drive or a local boot device you specify in the Host Profile.

In certain scenarios, there are some limitations with stateless caching:

In this scenario, the host doesn’t connect to vCenter but you can connect manually to vCenter or wait for Auto Deploy Service to become available again.

Scenario 2 -vCenter Server is unavailable (including Auto Deploy Service)
You can connect to each ESXi host using the host client and add VMs to each host, although if you have lockdown mode enabled you may need to set exception users for this.

Scenario 3 - If vCenter Server is not available
DRS does not work.  Auto Deploy cannot add hosts to vCenter, you can connect using the host client with the same limitations as in scenario 2.

Scenario 4 - If you make changes to your setup while connectivity is lost The changes are overwritten when the connect to Auto Deploy server is restored. 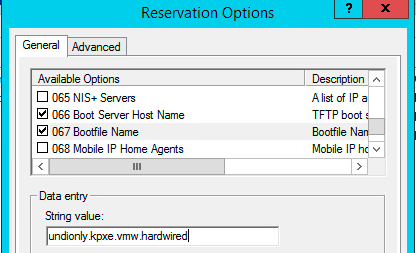 It’s set to manually start first so change the startup type to automatic. 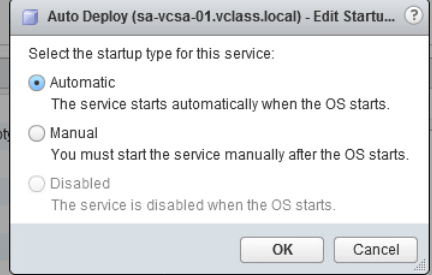 Once downloaded to the client machine, unzip it. 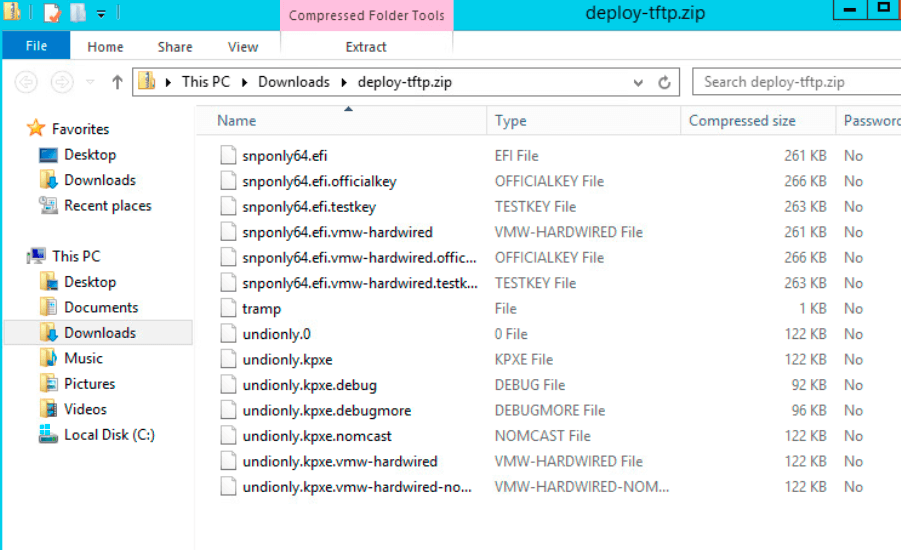 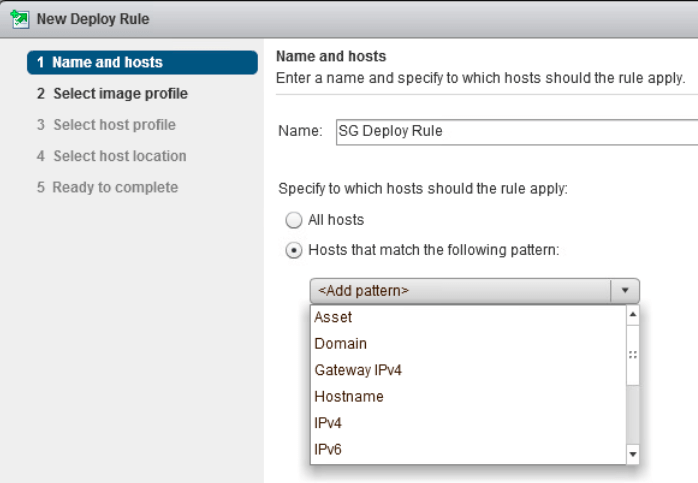 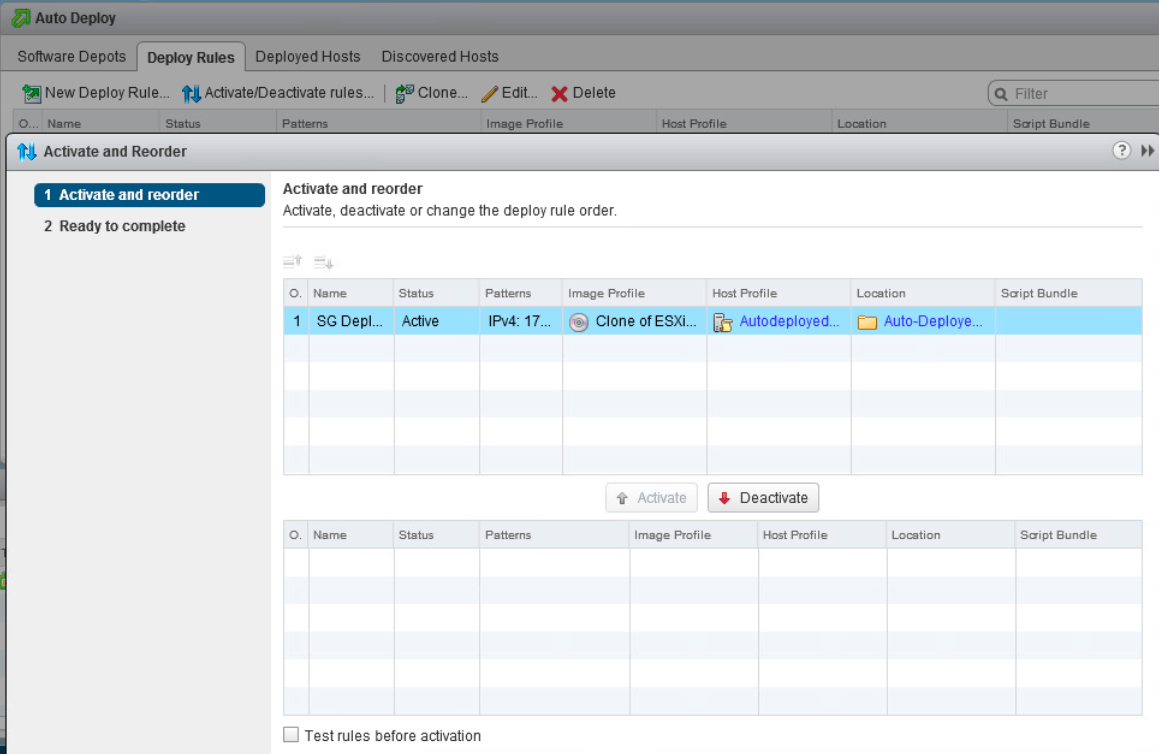 Above we copied the TFTP files, for testing purposes you can put this on vCenter Server Appliance.

Connect to vCSA, enable Shell and check if atftpd is installed using service status.  If not installed use yum to install.

Edit the TFTP directory and set it to the location where you will copy the TFTP files.

Edit the line that says AFTFP_DIRECTORY, so in my case its ATFTPD_DIRECTORY = /var/lib/tftpboot

Upload the files to the contents of the uncompressed deploy-tftp.zip to the tftpdboot directory.  (WinSCP etc.)

Finally open the firewall ports to allow traffic through on port 69.

New hosts are deployed with the changed rule, existing hosts only have the new rules applied when you test the hosts rule compliance and perform remediation. This can be achieved with Test-DeployRuleSetCompliance PowerCLI.

vCenter Server does not need to be available for reboots of stateless caching hosts or stateful hosts but it is required for stateless hosts that don’t use caching but only if those hosts boot or reboot, the ones up and running keep running.

You can only install host patches that don’t require a reboot as it’s not possible to add updates to a host that PXE boots.  Instead you need to add the patches to the image that Auto deploy uses, this can be done manually using either the web client or ESXi Image Builder CLI.