vSphere 5 has been available for a couple of months now so now is an ideal time to look at upgrading your infrastructure and also to start the upgrade path for the VCP 4s out there to the VCP5.  This is by no means a complete study guide, rather an introduction into the various new features and components of vSphere 5 over and above what was already available in vSphere 4.  To really understand all the new features of vSphere 5 you need to work with it, so if you don’t have one already, go build a home lab.   Any PC will do with VMware workstation as you can run virtual machine versions of ESXi, it is supported by VMware, you may need a RAM upgrade though.  An alternative is to build a whitebox server.  Ray Heffer has written a good whitebox home lab guide, I suggest checking it out if you are not sure where to start.  Also check out the whitebox HCL at vm-help.com for ideas.  The site only lists support for vSphere 4 and earlier but most components should work with ESXi 5.

There have been a few changes in the requirements for installing and upgrading to vSphere 5.  I am working on an upgrade guide which will contain further information on the steps required to perform an upgrade, but for now I will just go over the requirements.  If you are eager to get installing then you can check out the vSphere Upgrade Guide.

Update Manager has been optimised for cluster remediation, rather than per host.  It includes the ability to schedule a reboot after VMware tools have been installed or after a VM hardware upgrade.  Support  is also included for Update Manager download service 5.0 (UMDS 5.0) the command line driven update utility.

It also adds a nifty migrate ESX to ESXi function, allowing existing ESX servers to be migrated to ESXi without loosing all existing datastores and virtual machines.  IVOBEERENS.NL has a guide explaining the steps involved.

It’s not all good news though as VMware have now removed VM patching functionality.  Update manager needs to be installed on a 64-bit OS, like vCenter Server.

vSphere 4.1 represented the last ESX version available.  Now it is purely ESXi.  ESXi is now a stateless OS, capable of running only in memory, removing the requirements for an existing local storage device.  This is only possible when PXE booting using Auto Deploy. (Auto Deploy will be explained in part 3)

Advanced licensing is no more, it is now only Standard, Enterprise and Enterprise plus.  All license models are based on vRAM usage.  (Amount of RAM currently active)

Each license type entitles you to a specific amount of vRAM per license you purchase.

The web client (server) needs to be installed in order to see the reporting of the vRAM pooled pricing in the licensing tab on vCenter. 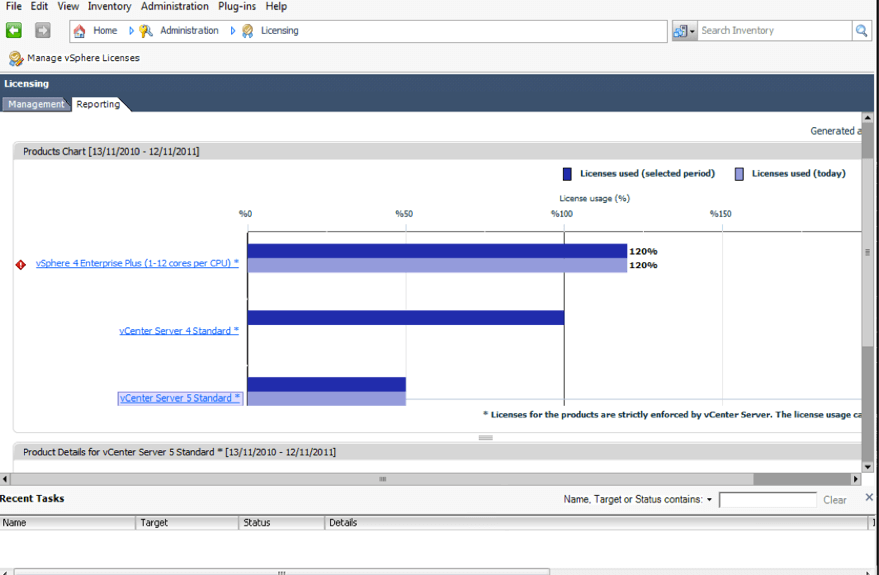 VMware have introduced some new management tools in vSphere 5.  Most notably the vCenter Server Appliance and the Web Client.

The new vCenter Server Appliance (vCSA) is based on SUSE linux enterprise server (SLES 11).  It supports pretty much all the features available through the standard vCenter Server, which makes you wonder how long it will be until VMware will stop making a Windows OS based vCenter Server.  This will of course mean no requirement for a Windows OS license or ‘standard’ vCenter Server install needs to be done, which will make deployment much quicker.

The vCSA is made available as an OVF template.  It is made up of an appliance data disk and an appliance system disk.

Setting it up is very simple just go to vCenter Inventory Service on the console, click test settings and save settings on the vCenter database settings then start the vCenter Services on the vCSA virtual machine.

The all new web client is built using Adobe Flex, the web client will be the future interface of vSphere administration, the current vSphere Client which is built with C# will be discontinued.  To run it requires Internet Explorer version 7 or 8 or Firefox 3.5 or 3.6 and adobe flash 10 on both the client and server side.

At this moment in time no plug-ins are currently supported, however as this will be the client of the future I am certain that it will be added in a future update.

The web client is required on the vCenter Server in order to be able to view the vRAM pool utilisation report in the regular vSphere Client. 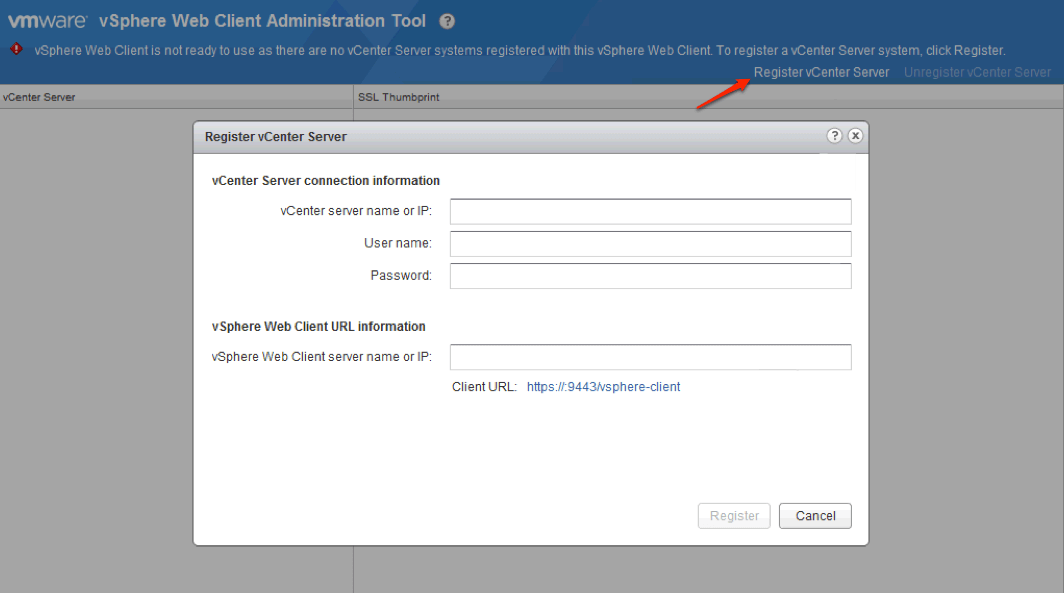 Once installed and configured you can do pretty much everything you can in the standard vSphere Client.

During setup you can create a syslog server, in fact ESXi will alert you to the fact that it hasn’t been configured until you set one.This can be any location and you can use the same location for multiple ESXi hosts.  Just make sure it is somewhere off of the virtual infrastructure you are logging! 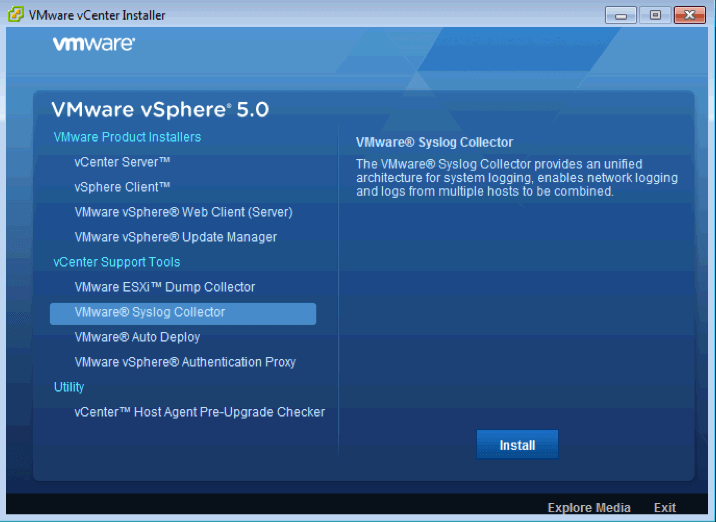 To ensure protection from would-be hackers ESXi 5 now includes a firewall.  Unlike the firewall previously used with ESX, this firewall is not based on iptables.

The new firewall is service-oriented and stateless.  Users restrict access to specific services and ESXi maps the appropriate ports.  This is configurable through the firewall section of the software settings area of the configuration tab is the vSphere Client.

It is also possible to configure firewall settings and apply those to multiple hosts using host profiles.

The firewall can be configured through the command line using the five main options.  Get, set, refresh, load and unload.  It is now possible to restrict access from individual IPs or ranges rather than opening ports up to any traffic sources as was the case with previous versions.

A few changes have been made to the port requirements.  They required ports are shown in the table below.

LLDP enables VMware admins to see the configuration of physical switches.  LLDP is set through the advanced settings of the dvswitch by choosing the options listen, advertise or both.

Netflow helps to monitor the network to gain visibility  of VM traffic.  It can be used for profiling and billing purposes.  It allows intrusion detection, network forensics and compliance.  It sends networking data to a third party analyser.  A flow is a unidirectional sequence of packets that share the same properties.

To configure go to dvSwitch settings and click on the Netflow tab and enter the Netflow collector settings. 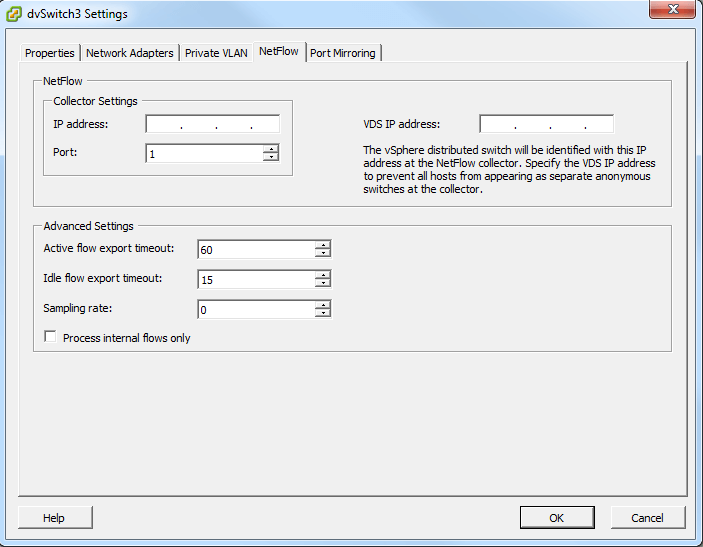 Once configured go to dvPortgroup settings>Monitoring>Netflow Status and set to enabled. 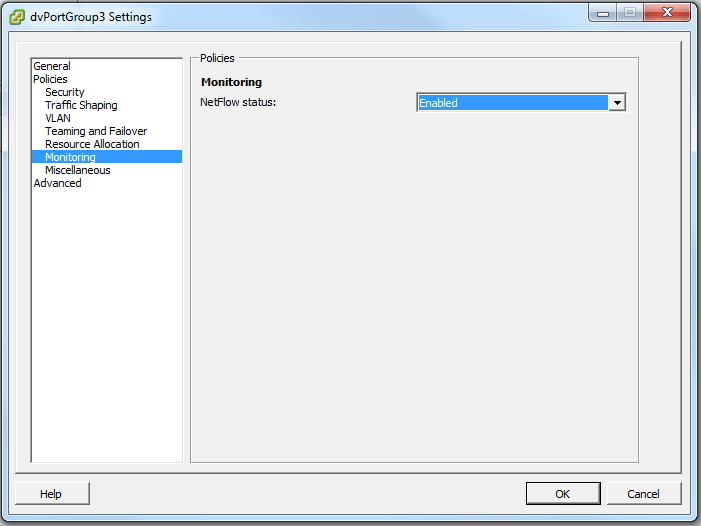 Port mirroring also referred to as Switch Port Analyser (SPAN) on Cisco switches send a copy of network packets seen on a switch port to a another switch port, i.e. sending mirrored data to a network monitoring device attached to a different port.  Port mirroring overcomes the limitations associated with promiscuous mode. This can be useful for admins who need granular network information to troubleshoot network issues.  This works in the same way as it does for the physical switches in the environment.

Network IO Control splits traffic into resource pools which can be prioritised.  This was introduced in vSphere 4.1, however vSphere 5 has introduced features such as user-defined resource pools, IP tagging and a bandwidth ‘cop’ for HBR (Host Based Replication) traffic.  (See Site Recovery Manager for more info on HBR)